A Nationwide Call for Spiritual Awakening

When people think of Waco,

they most likely think of Chip and Joanna Gaines and their home improvement show “Fixer Upper.” Thanks to the Gaines’ Magnolia Market at the Silos, TripAdvisor named Waco the number two United States travel destination for 2018’s Travelers’ Choice awards for Destinations on the Rise.

A History of Sin and Judgment

But since the city’s charter, Waco has been largely known for more notorious reasons.

One of only two U.S. cities to ever legalize prostitution, “The Reservation” was a central hub of brothels and debauchery that provided the town a significant amount of income. Violence earned the city the nickname “Six-Shooter Junction.”

In 1913, the Brazos River flooded, claiming the lives of 172 individuals.

In 1916, an angry lynch mob publicly tortured, mutilated, and burned to death an African-American teen who confessed to the murder of a white woman.

Exactly forty years after the flood of 1913, a tornado ripped through the city, killing 114 people.

Forty years later, in 1993, the Branch Davidians (a cult led by David Koresh) and the FBI had a brutal standoff that resulted in the deaths of over 80 souls.

It’s hard to ignore the recurring cycle of violence and tragedy that visits Waco every forty years. Perhaps God is trying to get the attention of each generation.

A Generation That Seeks God

This past weekend, a OneCry team of staff and volunteers met with believers from Brazos Meadows Baptist Church for an Awaken Weekend. The people of Brazos Meadows have developed a relationship with three other congregations in Waco, two of which are of differing ethnic makeup. These four churches worship and pray together quarterly. Their pastors even take turns preaching in each other’s pulpits.

During the Awaken Weekend, a large number

of believers were convicted of anger and bitterness. They publicly confessed their sins to God and to one another as the first steps of repentance. As a result of the Weekend, three marriages were saved from divorce! Pornography addictions were publicly confessed, and an accountability group was established during the church-wide testimony night.

On the Sunday night the Awaken Weekend ended, Baylor University (in the center of Waco) launched a 72-hour prayer meeting called FM72. All of the college ministries in town and Christian organizations on campus united in seeking God for revival. Three prayer tents, focusing on personal revival, the campus, the city, and the world, were erected outdoors on the Fountain Mall and manned by students for the entire 72-hour period.

Each night, students would gather for two hours of worship and equipping. Sunday night was dedicated to prayer as hundreds of students huddled in small groups to intercede for their campus, churches, and city. 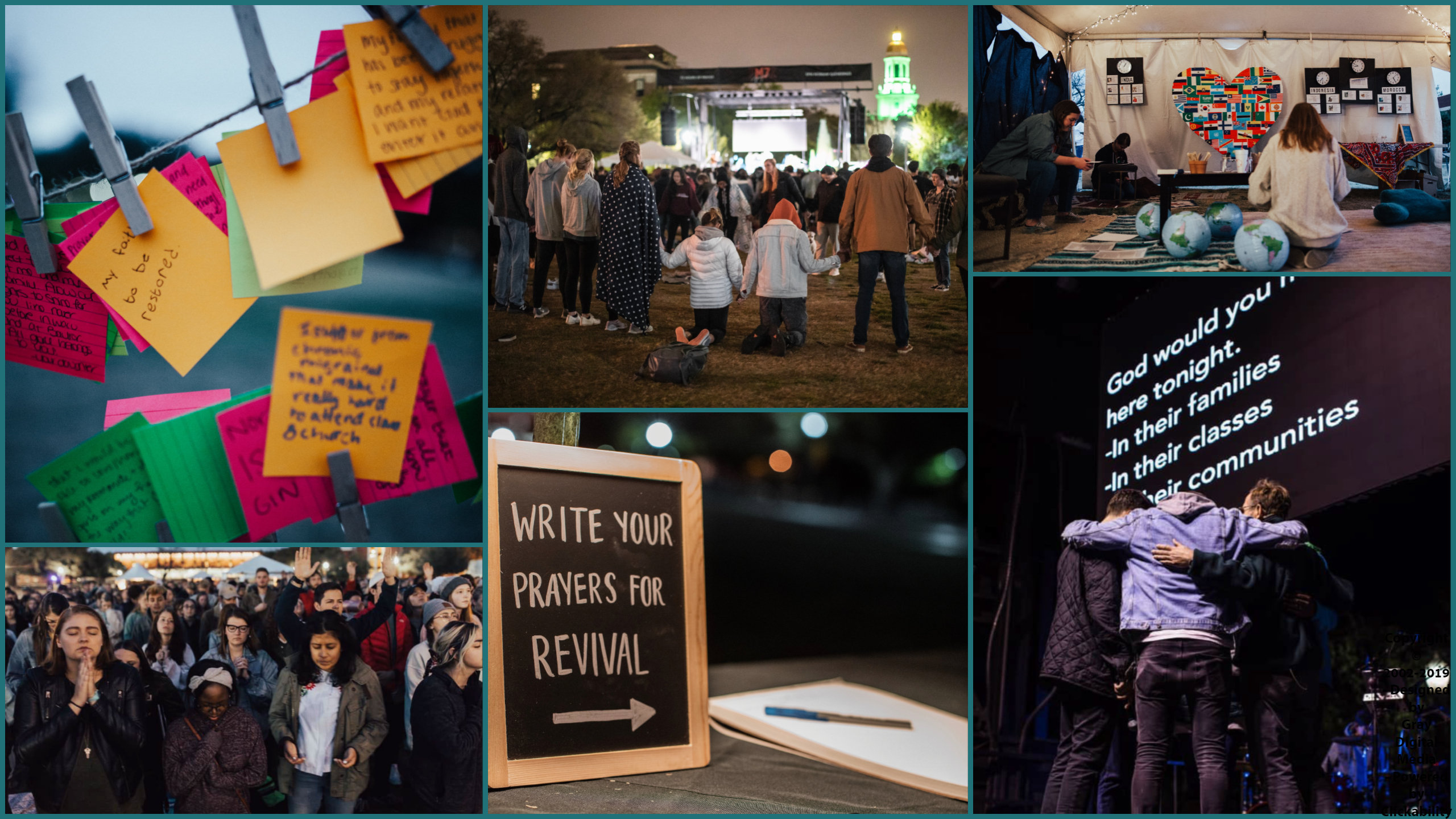 Monday evening, the genders separated for the men to be challenged in the area of sexual purity while the women dealt with issues of generational sin. On Tuesday the challenge was in the area of evangelism, resulting in the gospel being boldly proclaimed on campus the following day. On Wednesday the worship flowed freely, and the message of the Great Commission was clear.

Each night, the number of attendees continued to grow—their theme: “I’d rather have Jesus.” Though the event officially closed, co-eds continued to meet on the Fountain Mall the following nights, gathering into 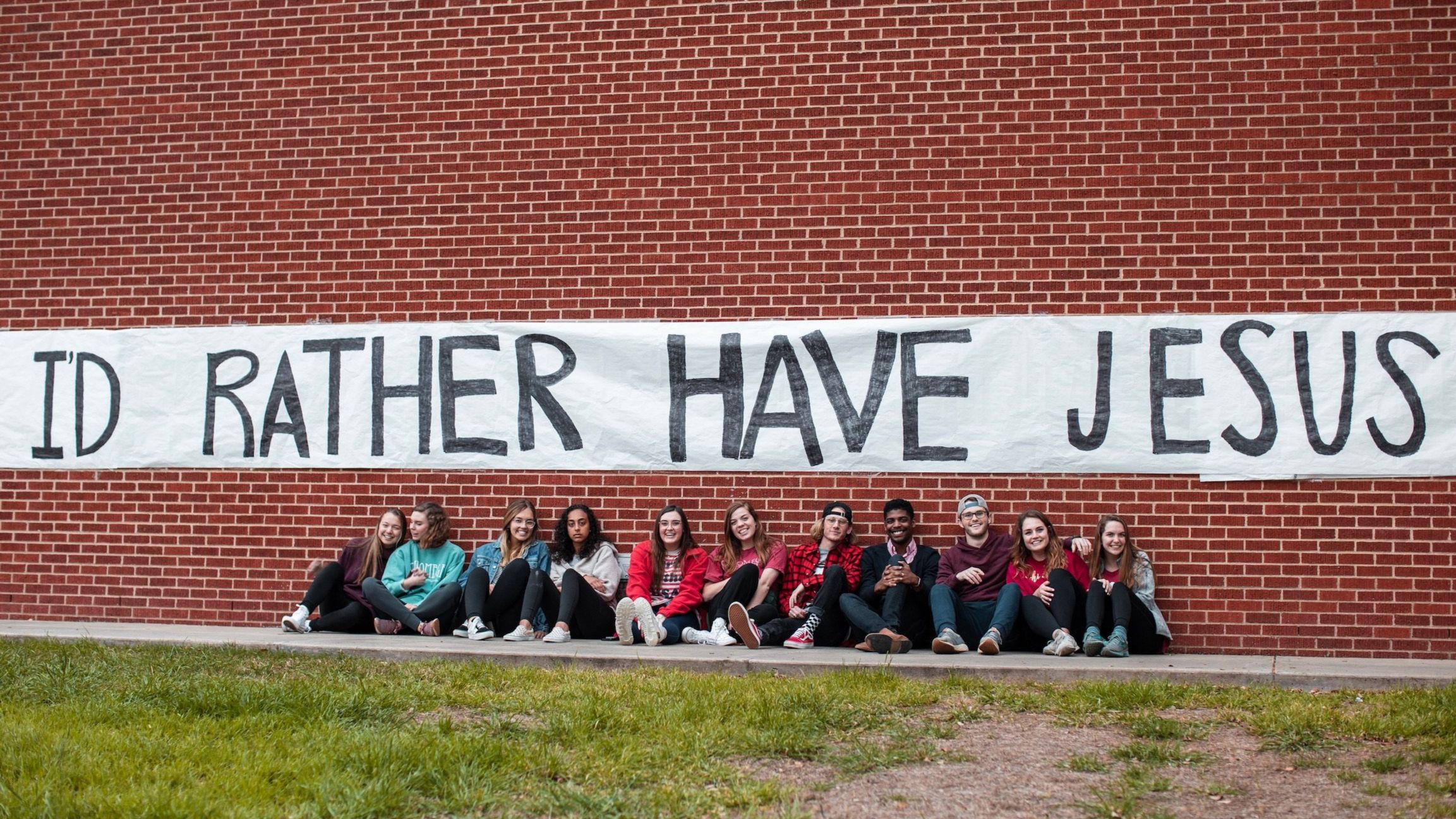 Can One Generation Make a Difference?

If that generation is committed to making Jesus the center of their lives and surrendered to being led by the Word and the Spirit, then absolutely.

Waco, Texas, can see the power of God break the cycle of violence, sexual immorality, and judgment. America can see the same—but only if we are willing to humbly turn from every sin God reveals to us, repent in the power of the Holy Spirit, and unite in praying for God’s kingdom to come and rule in our land.

Please keep the people of Waco in your prayers. Ask God to continue to expose the roots of city-wide sin. Pray that the city’s leadership will humble themselves before God and turn to follow Him and walk in His ways.